USPSA.org relies on javascript technology to enhance the web experience for our members. Since you currently do not have javascript enabled you will not be able to use most of our website. Please enable javascript to continue using our website.

This is also sometimes caused by ad-blockers, try disabling your ad-blocker as well. 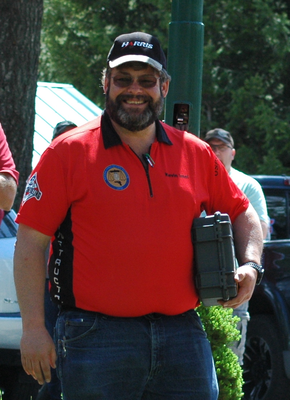 Kevin currently resides in the small town of Palouse, Washington with his wife Missy and their menagerie of cats and dogs.

A gradate of the University of Idaho (BS 1991, MS 1994) he went across the border after graduation and has worked for Washington State University (GO COUGS!) since 1993 in various capacities including as a Research Technologist studying the long term effects of cocaine and methylenedioxymethamphetamine (MDMA, aka "ecstasy") on the mammalian brain and currently as Assistant Director, Administrative Services Information Systems for Customer Support managing a large network serving over 7500 student residents in university housing as well as all of the Faculty and Staff within the Division of Student Affairs.

Kevin also took on the additional role as one of two Assistant Directors for NROI in early 2019.

When not working or teaching, Kevin is also a part-time professional photographer specializing in landscapes, portraits, commercial/scientific photography, stock photography and outdoor music festivals (Blues, Country and Bluegrass).  His work has been featured publicly throughout the Palouse region including a large wall mural in the Chinook Student building on the WSU Pullman campus.